Did your creditor hire Arma Debt Collection to get you to pay up, and now you are facing a barrage of emails and text messages from them all in an attempt to pressure you into paying up? 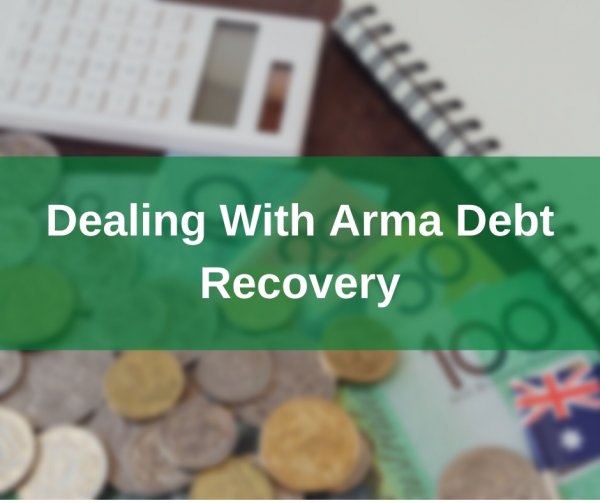 If you are one of those people who are getting relentless calls, texts, emails, and letters from Arma Debt, then we are here to help you out.

What or Who is Arma Debt?

The Arma Debt Collection Group (or the “Arma Group”) is a debt collection company that is known as one of Australia’s most aggressive debt collectors. They have been known to toe the line when it comes to the limitations of what debt collectors may do, and there are even reports that they actually engage in consumer harassment in the name of debt collection.

They do not shy away from using disguised phone numbers and other deceptions in order to get the debtor to admit that they owe money.

Now, what probably happened in your case is when your initial creditor tried contacting you regarding your loan, you probably ignored their communication attempt because you were not yet able to pay at that time. Now, they hired the Arma Group who has all the patience and resources in the world to keep calling you no matter what. These people are used to dealing with unresponsive debtors, and now you have been added to their list of such debtors.

Is it the end for you? Will you have to accept the fate of being at the mercy of these tireless collectors who will not stop contacting you day and night?

What You Can Do About It

Dealing with the Arma Group can be quite an emotionally and physically taxing ordeal. First, you might want to call the National Debt Helpline at 1 800 007 007. While they cannot directly get you out of this situation, they can at the very least provide someone to talk to and get your mind off things.

First, if you have spare cash at all to partially pay off your debt, you can talk to the Arma Group to make a partial payment. Sure, they won’t be totally satisfied that they were not able to get full payment, but at the very least, they will be able to report progress to their employer, which is better than nothing. That should keep them off your tracks even for a short while and afford you some breathing room.

However, it can get worse. You might eventually start finding legal notices in your correspondence from them. Unfortunately, the legal and judicial systems tend to side with the creditors in these instances.

That’s not the worst part, though. You might also find the Arma Group physically knocking on your door to demand payment from you. Imagine having a relaxing Sunday afternoon with your friends and family, only to have your cozy little break be interrupted by a group of intimidating men at your front door who refuse to leave until they receive money from you.

The law allows debt collectors to call up to 9:00 pm on weekdays, and you can expect the Arma Group to maximize these allowable hours for as long as you have money to pay. They are thorough, and they are good at what they do, which is how they were able to build the reputation they currently have.

The Arma Group will not magically disappear from your lives, and it is exponentially harder to hide from them than it is to hide from conventional creditors. If you think that ignoring your phone or even changing your phone number will be enough to get them off your toes, you are unfortunately wrong.

Payday lending and debt collection are two of the biggest financial businesses in Australia. That’s why people in these businesses have the tools and the resources to keep chasing after debtors.

If you believe you need assistance when it comes to dealing with the Arma Group, do not hesitate to contact us at once. We can help you come up with solutions that primarily benefit you, not the creditors and certainly not the debt collectors.

We believe that it is more important to care for the hardworking, cash-strapped debtor than it is for the financial institutions that routinely engage in unscrupulous lending practices.